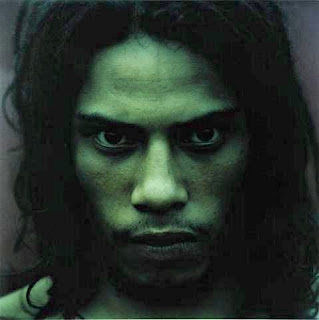 Ross T. Smith is a challenging photographer. His series of portraits of Hemi Tuwharerangi Paraha is particularly so. Not, perhaps, because the images document a challenging individual, or portray someone the viewer will probably never know, for these are issues which haunt all photography. Instead, these images call the entire history of the representation of Maori males into question precisely in the manner in which they suggest who Paraha is and, at the same time, react against the traditional representations which have reflected, if not repressed, young Maori males to this day.

If one believes that photography itself is a difficult practice, at least to the extent that the image’s power stems from our emotional responses to, or empathy with, the subject, then representing Maori in New Zealand is particularly problematic. Historically Maori males have been positioned by the media as either social pariahs (gang members, for example, or the urban and rural unemployed), or as objects for cultural consumption. So one must wonder what other responses are possible - one must wonder if or how we know that Smith depicts, as it were, these alternative readings which are more correct, of not in fact more real.

But a straightforward reading of these photographs will not suffice either. It is not enough to merely site Hemi Tuwharerangi Paraha in a particular place. The danger is that one will attribute everything to location, as if the personal followed solely on from the pastoral. And Smith is aware that Paraha cannot be located in this way. For Paraha is not merely a subject in the landscape, but instead is both within it and a part of it. And, at the same time, it seems clear that he too is in danger of being, in part, that which is expected of him. What other readings can we place upon a young, tattooed Maori, and if they are to be outside the stereotyped representations which predominate most portrayals, how does Smith lead us to this unexpected space?

The true power of these images comes at those times when Paraha himself transcends these expectations, when he allows a glimpse of what it is that establishes his identity. When he is draped over the rock, nude, it is clearly the intimacy of the image which is most challenging. How far is he here from the toughness of the tattooed portrait? What more can he possibly reveal? It is here that he is most able to tell us who he is, and here he is not who one would normally expect. For it cannot be in the scowling image of the young Maori male that the truths Smith is searching for will be found. It also seems clear that even Hemi himself is unsure of whether or not he can find self-assurance, or self-identity, through wearing these masks. So examine closely those images where Paraha, in close up, reveals a certain supplement, a certain something beyond the documentary portrait. It is there. Or consider the invitation Paraha extends when he gazes at the viewer as he is sprawling across the aluminium surface of the caravan. Consider these details. It is in these moments that Ross T. Smith captures the subtlety and significance of his subject. For it is here, and only here, that the shifts in representation can truly occur.

Ross T. Smith's exhibition opens at the UAB Visual Arts Gallery on Friday, October 10th, at 5 PM. It will feature three suites of work: the Hemi Tuwharerangi Paraha series, his Stations of the Cross, and a suite of nine pinhole images never previously exhibited. Smith will speak about his work immediately prior to the opening, at 4 PM in the Visual Arts Gallery, UAB, Birmingham, Alabama.
Posted by Brett at 10:25 AM

Hmmm, still using a pin hole camera? Can one hope he is also using film, silver, gelatin, chemicals, or am I the only one still living in the glorious past?
I yearn for the days of color separation prints and Tri X film. I know the film is still available, but as long as the best papers and chemicals are disappearing I've got a right to be sad. A friend brought me on a tour of National Geographic's darkroom and it was empty! Pass the bottle......

sounds good to me. I want ot have a look see. dk

Yes, he does use film and traditional printmaking techniques with his pinhole photography. He has an emphasis on the techniques of the art, and does his own printing.